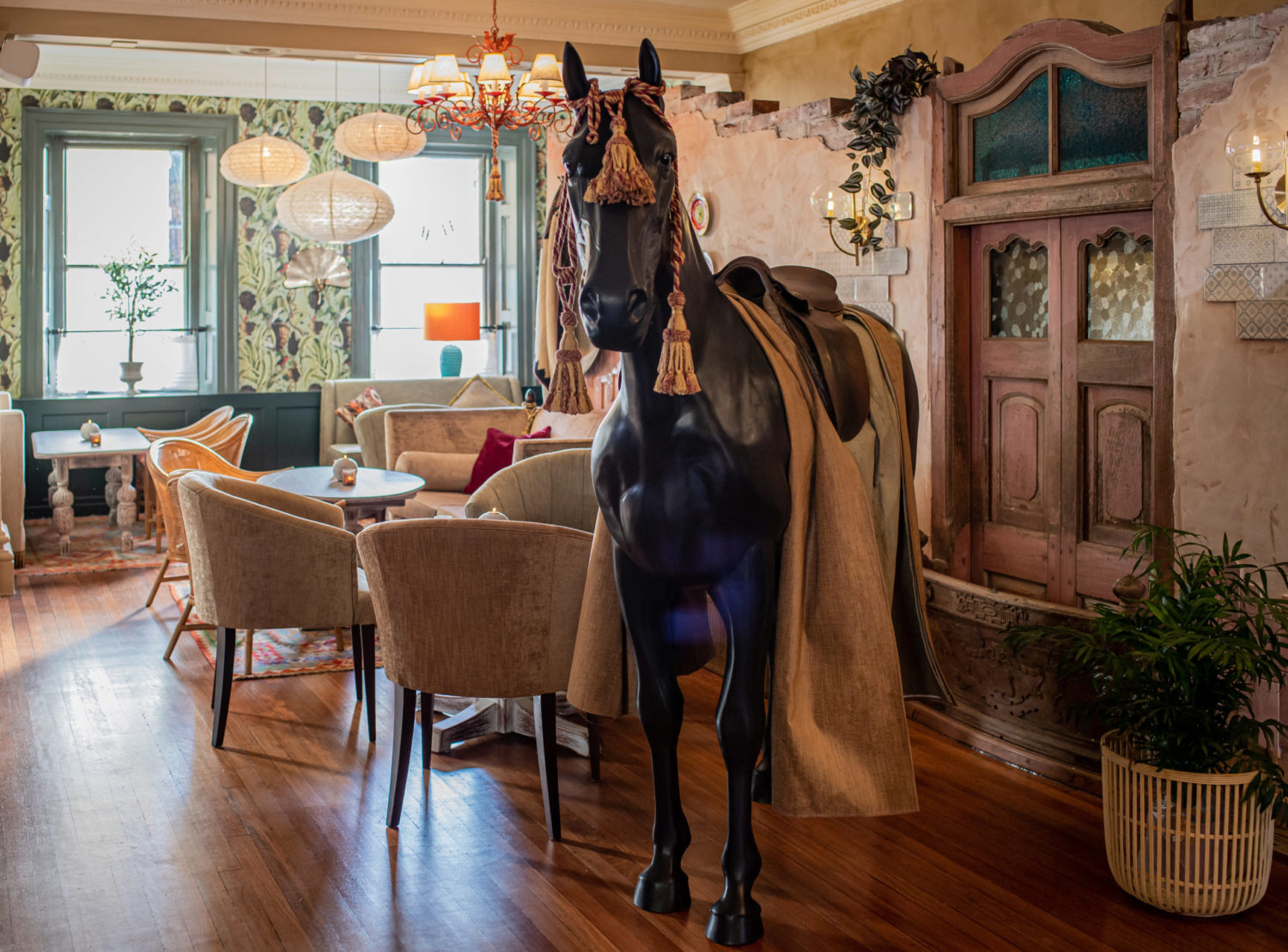 The Inspiration Behind Boho Marché’s Design

A message from the Boho Marché design team.

A cobalt blue awning, striking black and white harlequin tiles and clusters of frond-filled terracotta pots frame the entrance.  It suggests a classic French feel within, but as you step through the flamboyant, faux-flower-decked doorway, edging past the vintage rattan Peacock Chair you emerge into a magical oasis, a far-flung land with echoes of Andalucia but more than a hint of French Morocco.

Once dubbed the Paris of the Sahara, Marrakech became a Mecca for rock stars, fashion designers, artists and writers in the Sixties and Seventies, who flocked here in search of the exotic, craving the intoxicating intensity of life within the ancient pink-hued medina.

The interiors catapult you to a mesmerising Moroccan souk, its kaleidoscope of colours and textures, the jumble of stalls piled high with vivid fabrics, hand-woven artisan textiles and rough rugs, garish glassware and brightly patterned ceramics.

A crumbling stone wall and rustic wooden door conjure up the narrow alleyways of the ancient medina. Banquette-style booths and wicker chairs give a hint of French colonial café culture. The tangle of verdant vegetation strung from the ceiling, adds to the image of a hidden oasis, the parrot-themed wallpaper hammering it home. The elephant in the room? The life-size horse.

With its tassled headdress the proud Berber steed was once used in desert warfare.

The impression is eclectic, playful, sensual, Bohemian. It reflects Boho Marché’s celebration of a collision of cultures and creative and culinary freedom of expression.