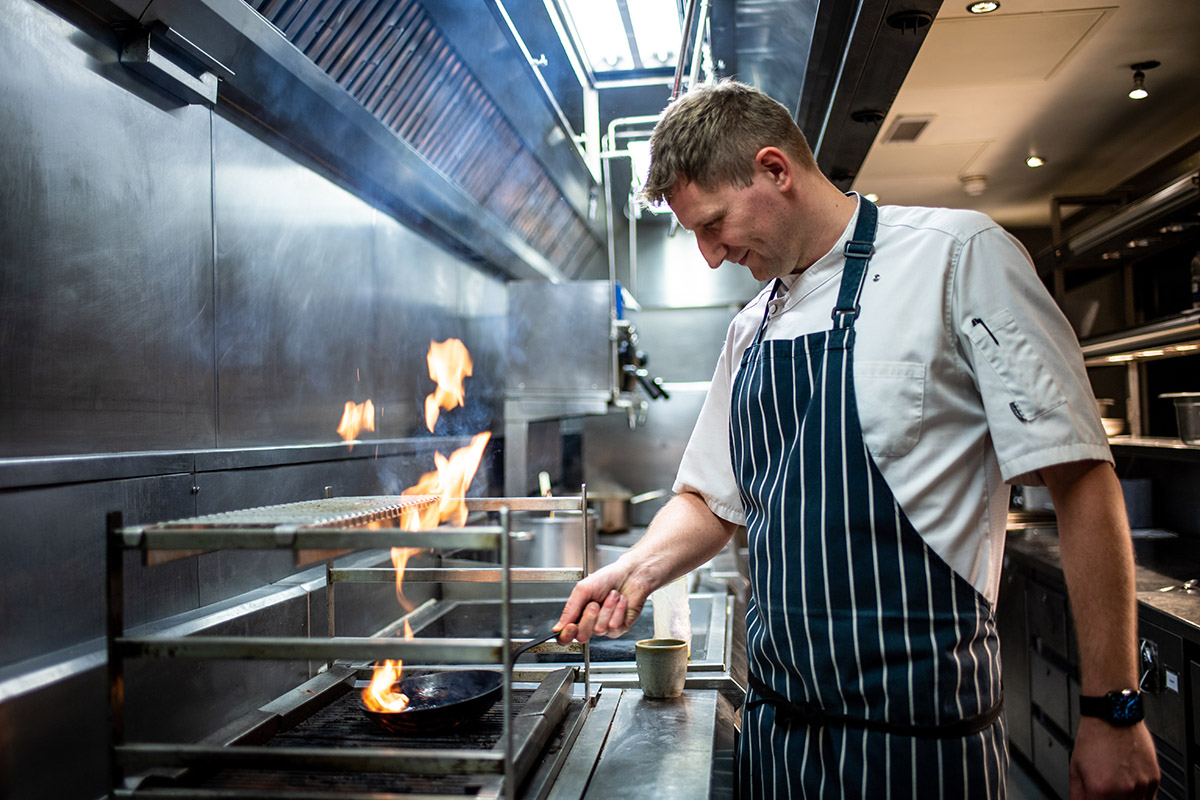 The last few months have been an incredibly exciting time for myself and my team of talented chefs. We’ve had the opportunity to draw on our own travels as well as our experience in kitchens all around the world to inspire our culinary vision for Boho Marché. In the lead up to opening I wanted to share a little insight into the cuisines, tastes and flavours that have inspired our menu…

The menu follows the hippy trail’s culinary map, meandering south to the Mediterranean and on to Morocco, but it also highlights the influences on the country’s gastronomy over the centuries by conquerors and colonisers, traders and travellers. Moroccan cuisine is the ultimate melting pot.

From the indigenous Berbers comes couscous and Morocco’s most famous dish the tagine.  Think slow-cooked stews of lamb, prunes and almonds or chicken with lemon and olives. The Arabs introduced breads and spices such as cinnamon, caraway, cumin, saffron and ginger. The Moors from Andalucia brought olives, citrus fruit and pastilla (a sweet and savoury chicken or pigeon pastry dusted with sugar and cinnamon) when they were expelled from Spain. The French brought pastries, wine and café culture.

From breakfast to brunch, lunch to dinner, the all-day dining menu take you on a journey of culinary discovery.

Start with Shakshuka for breakfast, a baked medley of eggs, feta, tomato, chorizo, peppers, onion and coriander or how about Turkish poached eggs with labne and chilli oil? Halloumi, avocado and poached egg with watercress and chilli peach chutney on sourdough toast is another cross-cultural culinary creation, while the House Bowl is a healthy and moreish Moroccan option. Think freekah (smoky roasted grains of wheat), smoked hummus, spinach cake, chickpeas, sweet potato, coriander and harissa dressing.

For brunch tuck into a bowl of spicy salmon cous cous or the vegan breakfast (falafel, crushed spiced avocado, mushrooms, roast tomatoes, chilli beans and sourdough toast) – washed down with a vegan berry blend or a juice of spinach, apple, celery, cucumber, kale and lemon.

There are sides of falafel and muhammara (a hot pepper dip) sitting alongside grilled Spanish chorizo. For lunch travel to Spain for a fillet of hake with confit onion, cannellini beans, slow roasted tomato or France for the moules frittes.

As day drifts towards dusk, you can lounge in the bar with one of Boho Marché’s signature cocktails. The Boho M is a dangerous concoction of dry Vermouth, white wine, lychee and lime juice, chilli and red tobacco while the Morocco Mojo mixes Bacardi, black tea, lime mint, soda and rosewater. Then head into dinner for a spicy Moroccan butternut curry, roast smoked harissa chicken or a traditional French classic such as duck confit with slow cooked apples, valpolicella jus – paired, naturally, with a robust red wine from the vineyards of France.

We’ve had such a wonderful time working on the concept, trialling flavour combinations and creating a menu that brings something a little different to the area. With just a few days to go until opening, we are so looking forward to welcoming Bath locals and visitors alike to our restaurant!